A Requiem for Matagalpa

This last week and a half I’ve felt like I’m back at my old job. Last Monday I pulled a round trip to Managua to work on a few talks I would be giving later in the week. On Tuesday I was in León. Then I Wednesday I went to Managua again with three students for the National Entrepreneurship Congress and Competition. I was supposed to head to Matagalpa directly from Managua on Friday afternoon, but a series of unfortunate events brought me back to León on Friday night. 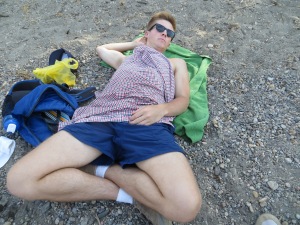 I wound up setting off for Matagalpa on Saturday morning. Matagalpa is a huge department of Nicaragua, and I only got to see a small part of it. On Sunday from Matagalpa City I headed further up into the mountains to La Dalia, Matagalpa, where my friend Thomas lives and works. And on Monday I spent the afternoon on buses to Managua, so I could attend a meeting there today. And now I am back in my house in León after the meeting.

But just like I luckily often felt with my old job, the travel was worth the reward. Sure, Nicaraguan buses are more cramped than airplane coach, but they sure are cheaper, and I had a productive week and a half and I loved Matagalpa.

Matagalpa is a foodie city. There are lots of expats and interesting things to eat. At my friend Isabel’s recommendation we started Saturday morning with fresh made tortillas and cuajada, coffee, and gallo pinto. Cuajada is soft crumbly salty Nica cheese. For lunch Joanna and I got güirila and tried pejibaye. Güirila are sweet corn tortillas and absolutely delicious. Pejibaye are a tropical fruit that I have never encountered outside of Matagalpa. They look like little orange bells, and are eaten after being roasted. When you bite into it you expect a juicy sweet little fruit, but it is actually like a dry sweet potato. I’ll probably pass next time I’m up in Matagalpa.

For dinner we went to an Italian pizza restaurant on a friend’s recommendation. I was disappointed with both the food and service. However, we did get ice cream from a new ice cream shop called Bésame. It was excellent. I have a strict no food pics rule on my Facebook, Twitter, and Instagram, but I have no shame publicizing my Guava Cheesecake Ginger Snap Macaroon Ice Cream Sandwich on my blog:

Other than eating, we went to a waterfall outside of Matagalpa City (as seen in the video above), as well as too an overlook above the city. I liked both sites very much.

I wasn’t content with just Matagalpa City though. I also went to the town of La Dalia where my friend Thomas lives.

Here’s where I get a little philosophical. Coffee is King in Matagalpa. And right now it is the coffee harvest. Thousands of people head for the hills to pick coffee for weeks at a time. On Sunday I could see people walking down the street with nothing but a small bag of personal items and a machete. They were headed to nearby towns, where the plantation owners send cattle cars to pick them up. Everyone who manages to cram into the truck gets a chance at earning some pesos. Everyone who doesn’t manage to elbow their way in is out of luck until next week.

Some of these families only work this time of year. They earn a pittance picking the coffee and then have to survive off of that money for an entire year until the next harvest. And among Nicaraguans, these people have high HIV infection and vulnerability rates, among other social and health issues. And if you know anything about Nicaraguan histories and the Contras, these are the exact people that the Contras targeted.

Now, in the US we know them as the Contras. But the other day I was in a taxi and they were mentioned on the radio. But they didn’t call them the Contras. They called them Terroristas. To Nicaraguans, the Contras were nothing more than terrorists. To borrow from a favorite philosopher of mine, Jean Baudrillard, Terrorists do not Exist! Only perspective does. The United States of America literally organized, financed, trained, transported, commanded, and supplied the Contras. To Reagan they were freedom fighters. To Nicaraguans they were just plain old terrorists who targeted the poorest most vulnerable people. All the same, to Israel, Hamas is a terrorist organization. To Qatar, they are a partner in religion, nation building, and eventual peace. The same can be said about many “terrorist” organization and Qatar across the Middle-East and North Africa. Hezbollah – terrorists to Lebanon and Israel – heroes to Iran. And the list goes on. I’m not saying that I support any of these organizations. On the contrary, I detest them. But what I am saying is don’t just believe what the government would like you to believe. Terrorism does not exist, only perspective does.

Sorry, that’s what happens when I have a week of long bus rides. Back to La Dalia. 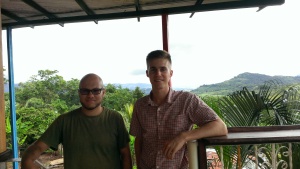 La Dalia is lovely. It is a small town perched on top of a mountain up up up two hours from Matagalpa. The temperature was perfect and the views are of lush valleys and mountains for miles all around. Just in his backyard Thomas has lemons, papayas, avocados, and nancite growing. There is more to see in the surrounding areas, so I am definitely planning to take Thomas and his host mom up on their offer to have me back, probably in 2015.

The travel is not quite over yet. Although tomorrow you’ll all be battering some evil storm that is marching up the East Coast, I have a normal day ahead of me in site. Then on Thursday I have an invitation to the American Ambassador’s house for Thanksgiving Dinner! I will stay in Managua that night, and then on Friday I will finally be back in León for a semi-permanent amount of time. 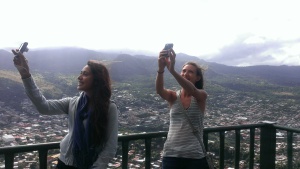 1 Response to A Requiem for Matagalpa