Momotombo is basically the national symbol of Nicaragua. It is a perfectly shaped conical volcano on the banks of Lake Managua. It is the centerpiece of the national emblem of Nicaragua. I don’t know what inspirations Tolkien took for Mt. Doom, but one very well could have been Momotombo. It is visible from large swaths of Nicaragua including Managua and León, the old capital. In fact, León used to be situated right next to Momotombo until, for obvious reasons, they saw fit to move the city a bit further away.

Given the national importance of Momotombo to Nicaragua, as Americans, we saw fit to conquer it.

Volunteers were on the move all week due to the Independence Day vacation. I was in Somoto a week ago and different Volunteers hiked Cosigüina Volcano on Tuesday, Telica Volcano on Wednesday, and Cerro Negro just today (they actually hiked all the way through the rural communities to get there). A bunch of Volunteers managed to make two out of the four volcanoes in the week, but I don’t think anyone made it to three.

My friend Nick works in a school in the village of Momotombo, at the base of a volcano, so he invited us to hike the volcano since my site-mate, Chelsea, had been wanting to do it for her birthday (it costs $50 or $60 to go to Momotombo with a tour company – this whole trip cost me at most $6 or $7). At six in the morning we met Nick’s counterpart teacher and student, who were our guides for the morning. The hike up is pretty rough. It is steep and the trail is rutted, so it is hard to get footings. And once you get past the tree line it is just ash, which gets looser and looser as you get higher and higher. We didn’t go all the way to the summit – the ash just becomes too loose and dangerous, but we made it pretty far, and the views were very nice. 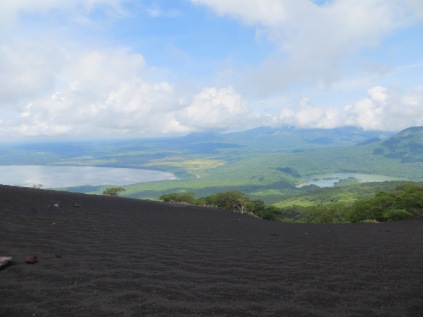 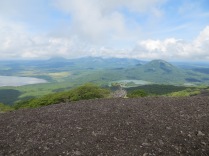 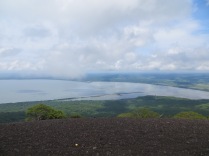 The breaking of the Fellowship 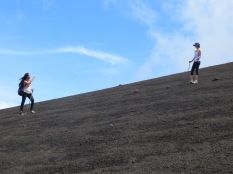 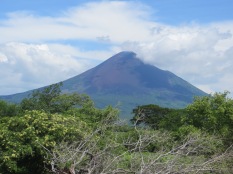 I’d say we spent two and half hours, at the most, getting up, an hour on the slopes, and an hour to an hour and a half coming down. I would recommend it to volcano junkies, hardcore hikers, anyone looking for a good excuse to make Lord of the Ring references, and Nicaraguan enthusiasts, but only once.

Recently, my site-mate, Joanna, and I made a León/Occidente Bucket List (she leaves in April):

Momotombito may be crossed off the list pretty soon. Our guide offered to take us there next. It is an island in Lake Managua that is known as the child of Momotombo. Momotombito mean little Momotombo. The hike is apparently more grueling, but not as long, and it has some pre-Columbian art (known as petroglyphs in Nicaragua) preserved on the island. Unfortunately we were not on the lakeside of Momotombo so I didn’t get any shots of Momotombito or sweeping shots of vast Lake Managua, but my friend, Hannah, was on the water and got a Peace Corps award winning shot: 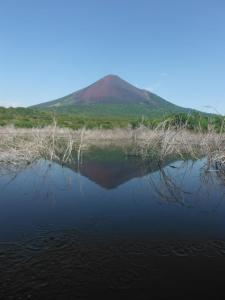