When I got home from Laguna Asososca on Saturday there was a cultural event in the central square in León. They try to do two cultural events a month, which I think is great. This time the municipality of Nagarote (it’s another municipality in the department of León, much closer to Managua) put on La Gigantona, which is a traditional Nicaragua street play/dance. I think it tells the story of a mestizo, “El Cabezon,” who falls in love with a Spanish woman, “La Gigantona.” You’ll see in the pictures (all courtesy of my site mate, Joanna) how they portray the Cabezon (which means big head in Spanish) and the Gigantona (which means giant woman). Basically, the play only lasts five minutes, but there is a lot of dancing around, drums, and intermittent outburst of semi-poetic verse. 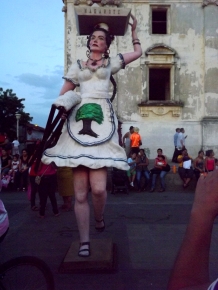 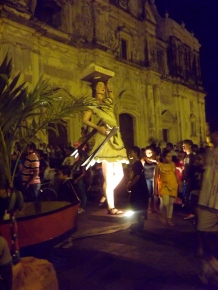 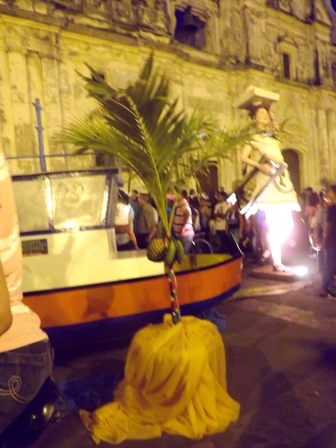 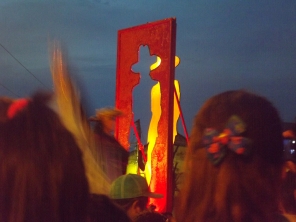 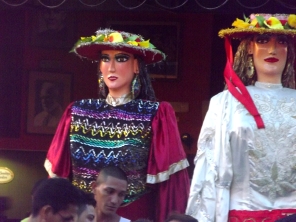 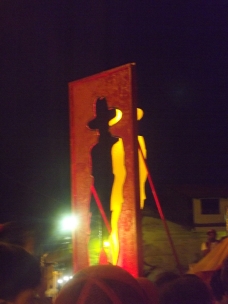 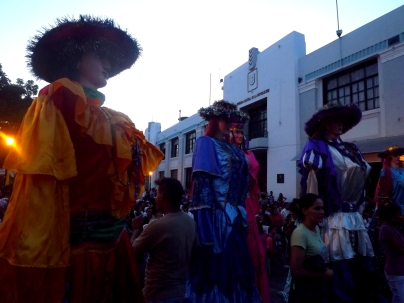 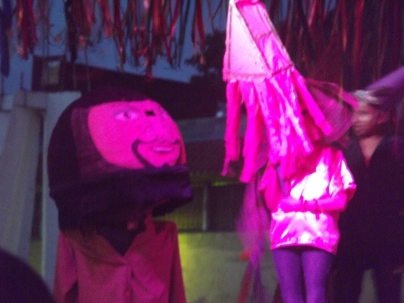